How Do I Find Out Who Is Responsible For A Georgia Auto Accident?

How Do I Find Out Who Is Responsible For A Georgia Auto Accident?

How Do I prove the Accident Wasn’t My Fault? Where do I get that evidence?

Answer: To find out who is responsible for your accident, you’ll need to get the police report.

The police report will have the drivers listed on the report (ex: Driver V01 / Driver V02). On some reports, Driver #1 is at fault, but this isn’t always the case. In the report, the officer usually states who he or she believes is at fault in causing the accident.

Usually, but not always, the officer will write a traffic citation against the person who has caused the accident. There are times when both drivers may be partially at-fault, or a citation is given that is not related to the accident. Sometimes, the officer cannot tell who is at fault. In that case, they may report something like, “Due to conflicting stories, and the fact that there are no independent witnesses, it’s difficult to determine fault.”

You should have an attorney review the report (for free) just to make sure you understand the report fully, and what potential issues could come up when trying to get compensation from the insurance company.

NOT SURE HOW TO READ YOUR POLICE REPORT? If you don’t think the accident was your fault, you can call James Murphy to get your police report and review it with you for FREE. Call 770-577-3020.

HOW TO GET YOUR GA POLICE REPORT: Most of these reports are available online (for a fee) at https://www.buycrash.com/.You can also contact the police station that was at the scene to see if the report is ready, and you can pick it up at the station.

As an experienced accident attorney, I can usually tell who is at fault once a client describes how the accident happened. Most times, the person will say, “I was rear-ended,” or “the other driver ran a red light.” Usually, these types of cases are pretty clear, and it is obvious that another driver is at fault in causing the accident. However, you should ALWAYS get a copy of the police report. This report is evidence of how the officer stated the accident happened and is what the insurance companies will look at when determining how they will pay for an insurance claim.

My advice to clients is that if there is any question of who is at fault, order the police report as soon as possible. I always tell clients not to talk to an insurance adjuster right away. This is especially true when there is some question as to who caused the accident. The insurance adjuster from the other driver’s insurance company could be recording the phone call and can use what you say against you.

What if the Insurance Company Says the Auto Accident Was Partially My Fault?

If the insurance company is saying that you were partially at fault, there could be two reasons:

Contributory Negligence is a law that recognizes that if a person was injured, in part, because they “contributed” to the accident, the injured party would not be entitled to collect any/some of the money from another party who supposedly caused the accident. In order to have a valid injury claim, a person who is making the injury claim must not, by his or her conduct, have somehow caused their own injury. They must use “ordinary care” to avoid the consequence of the other person’s negligence.

So, if a person is somewhat at fault in causing his own injury, that person’s fault can serve to reduce the amount of money he may be able to recover in the proportion that his negligence compares to the other driver’s negligence. If the person who is claiming injury is considered more than 50% responsible for causing the accident, then he is not going to be able to recover from the other driver.

Here is an example of comparative negligence: Let’s say you are driving down the road, not speeding, and you have the right of way. Suddenly, you see a fire off to the side of the road and you become briefly distracted by looking at the fire.

All of a sudden, someone pulls out in front of you, and you hit him and are injured. If you go to make a claim against the driver who pulled out in front of you, it’s likely that his insurance company will raise the defense of comparative negligence. They may claim that if you had not been looking at the fire just before the accident occurred, you could have avoided the accident. It could be up to a jury to determine how much comparative negligence that you have as the plaintiff and thus, reduce the amount that your claim may be worth.

Disclaimer: It is important to note that this is general information, and should not be considered “legal advice.” I have been handling personal injury cases for many years, and can offer general answers to common questions, but please do not construe anything on this website to be legal advice about YOUR CASE. Each case is different! An attorney can only give legal advice when he or she understands the facts involved in your case. 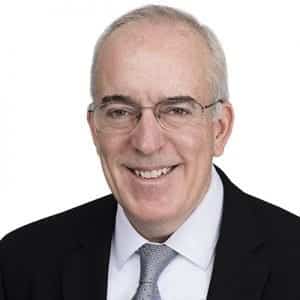 Tell us about your case and get a free case evaluation.
Get Started for Free

Receive a FREE Download of James Murphy's Auto Accident Guides for Georgia
See All Books
PrevPreviousWhy Won’t The Insurance Company Say My Herniated Disc is From My Auto Accident?
NextMy Vehicle Was Totaled In A Georgia Auto Accident, Now What?Next 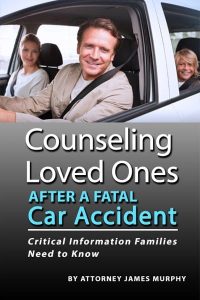