Want our newsletter printed and delivered to your mailbox? Sign up here to subscribe! We’ll also send you a FREE Biker VIP Tag just for signing up.

Paraquat: A chemical herbicide that has been linked to Parkinson’s Disease. The manufacturers are facing a growing number of lawsuits brought by people who were exposed to the chemical and later developed Parkinson’s Disease. This month, one of the first cases filed is set to go to trial in Illinois. The case is being watched closely as it will set the tone for future lawsuits.

Zantac: In the 1980s it was discovered by Sanofi that their Zantac had a tendency to contain the carcinogen NDMA within Zantac during its development, however, the general public did not catch wind of this until much more recently in 2019. In that time Zantac became one of the first drugs in history to generate more than $1 billion in annual sales, with $38 billion in global sales just in 2018. For almost three decades Sanofi has neglected to warn federal regulators, consumers, and doctors of the carcinogenic risk of Zantac; they must be held accountable. If you or a member of your family was diagnosed with cancer after taking Zantac you may be able to file a lawsuit against Sanofi. Through this, you would be able to obtain compensation for the suffering, expenses, pain, and other loss related to Zantac cancer as well as having an opportunity to hold Sanofi accountable for negligence.

3M Military Earplugs: A federal jury in Florida recently decided that the 3M company was liable for three service members’ hearing loss and tinnitus. The jury determined that 3M knew their earplugs were defective yet concealed their defects from the U.S. military and allowed service members to suffer life-altering hearing damage. The jury awarded them more that $7 million in damages.

Remember, it costs nothing to have us review your case. You pay us nothing until we win. You are under NO obligation after your initial consultation.

Netflix is Back to Film Another Movie in Douglas County

The rustically beautiful Pine Mountain Gold Museum will be featured as the setting of a brand new Netflix movie. The film is said to be an adaptation of Scott Westerfeld’s  “Uglies,” a popular series of novels that describe a futuristic-dystopian society that places beauty above all else.

As you may already know, Douglas County was also featured on Netflix as the filming location for their popular series Stranger Things. It appears that more movies are in our future as more and more film crews travel to Georgia to take advantage of the state tax breaks. Reportedly HBO also had a serious interest in the Pine Mountain Gold Museum park as a filming location before choosing another option.

To prepare for film-making, the Pine Mountain Gold Museum park will be closed to the public off and on throughout November as the area gets set up for the new major motion picture. Be sure to phone ahead prior to making plans to visit.

The film will be available to stream on Netflix upon release. No release date has been announced. 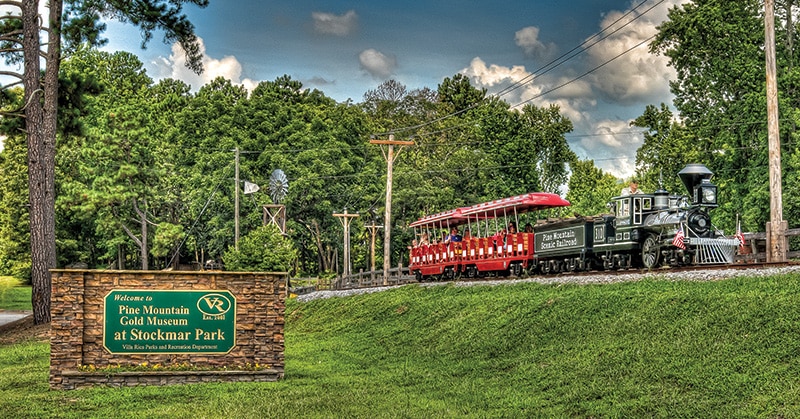 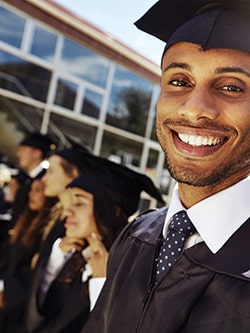 The Douglas County School System Class of 2021 had a combined graduation rate of 87.74%. This would be the third year in a row DCSS has had a graduation rate above the state average of 83.7%.

“I’m very proud that we have been very steady over the last two years,” Principal Nicole Watson of Chapel Hill stated.
“This speaks volumes to our teachers and students.”

In regards to the pandemic affecting academics, Watson has this message for students “I hope the students understand that our expectations of them don’t change regardless of the circumstances. When they walk through the door as freshmen, we are already planning their graduation in the next four years. Not graduating from Chapel Hill High is never an option.”

I’ve never needed an attorney before and then I had a horrible car accident. Murphy Law was recommended by someone at church. I didn’t know what to expect, but they handled my case better than I could have imagined. Thank you Jim and Lisa so much for caring about me, you made me feel like I was your only client.

Save Up To 85% On All Your Prescriptions!

Many people don’t realize that prices can vary widely from pharmacy to pharmacy. That makes it easier for big groups like ours to negotiate discounts directly with pharmacies who will accept the discount cards.

99% of all U.S. pharmacies accept our discount card, including big-name pharmacies like CVS, Walmart, Walgreens, and Rite Aid right here in Douglasville.

We encourage you to drop by and pick up your own personal discount card! There is no cost to join and you can compare pharmacy pricing and find the lowest price near you. Even if you have insurance, you may still be able to save, as discount prices are often lower than your co-pays, and it provides savings on drugs not covered by your insurance. To Win More Prizes, Visit Our Contest Page

Our FREE Card can save you an average of $200 annually! Stop by our office to get yours! 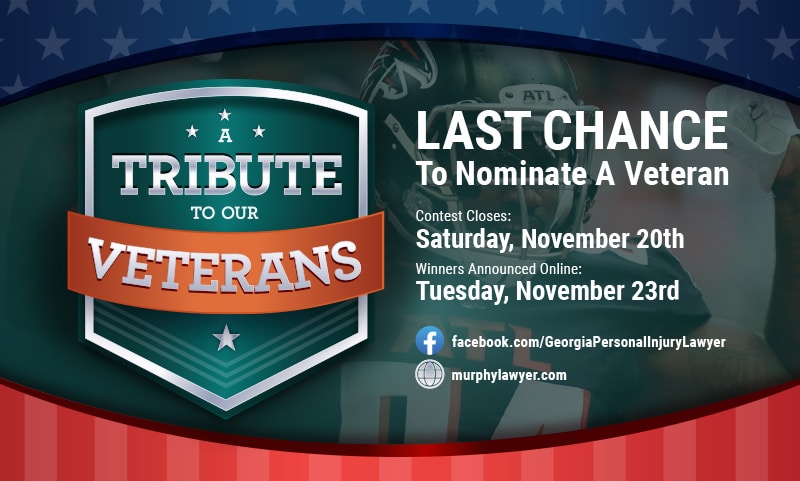 Last Chance to Nominate A Veteran!

Take your hero to a football game! You still have time to nominate a veteran by sending us their info and submitting a photo and you’ll be entered to win two tickets plus a parking pass to an Atlanta Falcons NFL Football game in December! We’re also giving away dash cams to 10 runner-up entries. Contest closes November 20th and we’ll be awarding the grand prize and runner-up prizes on November 23rd.

Get the latest happenings in West Georgia, coupons for local businesses, recipes, and more! Available online, by e-mail, and post mail. To subscribe to our e-newsletter, sign up below.

Hurt In An Accident?
Review Your Case, For FREE

We want to help you get through one of the most stressful experiences you can have. Tell us about your accident and one of our Personal Injury Lawyers will review it, for free, within one business day.

As a valued client, we want you 100% satisfied with your decision to hire us as your law firm. We offer you this risk-free, no questions asked guarantee: